Cannabis has gained a huge amount of spotlight recently. This is especially true in regards to its numerous medical benefits. However, the reason for this attention is not farfetched. Cannabis has some natural components that are excellent in relieving and curing some of the medical conditions that have plagued man for centuries.  Interestingly, the use of cannabis for medical conditions dates back to several centuries ago. In view of this fact, the following sections will look deeply into the anti-aging benefits of CBD.

Where does CBD come from?

Cannabinoids are extracts of the cannabis plant. It is indeed the most abundant among the components of the plant, accounting for up to 40% of the extract. Additionally, other major components of the cannabis plant’s extract include tetrahydrocannabinol and terpenes. They all play a tremendous role in therapeutic management of quite a number of medical conditions. While THC is responsible for the ‘high’ effect people get from cannabis, CBD does not have any psychotropic effect. THC is majorly explored for its anti-epileptic attributes. Comparatively, CBD is well-known for its anti-oxidant and anti-inflammatory effects.

Role of free radicals in ageing

Although CBD has a lot of therapeutic applications, its use as an anti-aging agent has gained a lot of attention lately. The ability of CBD anti-aging creams is made possible because of the anti-oxidant property of CBD. Usually, the body produces oxidants and free radicals as a by-product of inflammatory reactions.

Most of the reactions are carried out by the body’s immune system in response to foreign pathogens. Ironically, the immune system is also responsible for clearing out the free radicals generated while the fight against the pathogens is ongoing. Also, it is common knowledge that the skin is the most exposed to pathogens of all bodily organs.

Of course, these oxidants are toxic to skin cells, and this is why nature has put the immune system in place as a mechanism to mop them up. However, a lot of other natural interactions in the body can lead to an increase in the production of free radicals. In such situations, their quantity can become too high for the scavenging system to handle. This shows on the skin in the form of wrinkling, loss of radiance, and diminished elasticity. Too many oxidants also affect organs, muscles, ligaments and joints thereby manifesting as generalized body weakness. Unquestionably, these are the signs of aging!

The anti-aging effect of CBDs

Cells age whenever there is oxidative stress. As mentioned in the above section, this oxidative stress occurs in response to inflammatory reactions occurring within the body. The natural endogenous scavenging system is referred to as the endocannabinoid system. It composes two receptors, CB1 and CB2. The ability of cannabinoid to activate these receptors gives CBD anti-aging creams their unique anti-aging effect.

The potency of CBD as an anti-oxidant has been reported to surpass that of vitamin C and E. Its anti-oxidant effect has also been reported to be similar to that of butylated hydroxytoluene. However, CBD is rated higher than BHT as it is not associated with tumor promotion. This means that using topical CBD anti-aging creams has no chance of causing skin tumors, unlike BHT.

By preventing oxidative stress, CBD anti-aging creams will be able to prevent skin wrinkling in conditions where oxidative stress is expected to be especially problematic.

CBD is also effective in other conditions caused by excessive oxidative stress. Some of these conditions are closely associated with old age due to weakened scavenging system. Others develop earlier in life due to excessive build-up of free radicals. These conditions include, but are not limited to, rheumatoid arthritis, diabetes mellitus type I and II, neuropathic pain, and Alzheimer’s disease.

Recently, awareness of the unique efficacy of CBD and THC has been on a steady rise. This has led to the legalization of their use as prescription drugs across many states in the US and beyond. Researchers have also seen the potential in CBD and efforts are being directed towards gaining more insight into how it can be fully utilized.

In some laboratory studies, CBD was shown to inhibit oxidative stress caused by endotoxins. It also inhibited the action of NADPH oxidase thereby enhancing the activity of the endogenous cannabinoids. These actions were recorded at very low concentrations of 1microMol.

In recent research, CBD was also noticed to reduce the actions of LPS. LPS is pro-inflammatory and its actions almost always lead to increased oxidant level. Similarly, CBD increases STAT3-related actions which are anti-inflammatory and therefore help prevent oxidant build-up.

CBD’s anti-oxidant activity can hardly be compared with that of other anti-oxidants. What’s more, is that it does not have the adverse effects reported with the other agents commonly used for their anti-aging properties. This is mainly because only a little quantity of CBD is required for maximum efficacy and CBD use has not been linked to any serious side effects.

There is no doubt that CBD anti-aging creams are the best when it comes to the prevention and possible reversal of skin aging. 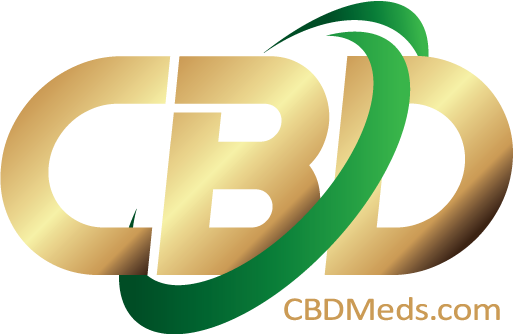 Join our mailing list to receive the latest CBDmeds.com Discounts, Coupons, news, and updates from our team.

You have Successfully Subscribed!